Rear Admiral George Wallace Melville, US Navy, probably in 1904 or shortly before. (See painting below), entered the U.S. Navy in 1861 and became an officer of the Engineer Corps, and took part in the capture of CSS Florida in 1864.

As well as being an engineer, Arctic exploration and author, Melville reformed the Navy, making it more efficient and more professional. 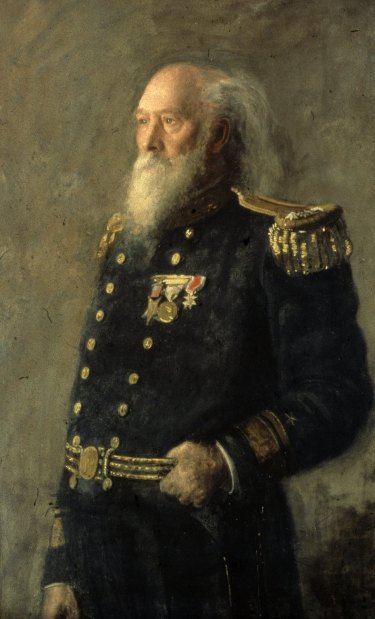 The 1904 painting by Thomas Eakins from which I took the colours.