John F. Kennedy (left) and his elder brother Joseph Patrick, in May 1942. In this picture, it was Joe who was the “President in Waiting”. Their father, Joseph P. Kennedy, Sr, was in the political wilderness because he had supported Neville Chamberlain’s appeasement of Hitler and the Nazis, and he placed all his political ambition on the shoulders of Joe. When Joe was killed in 1944, that ambition was transferred to the next son, JFK. 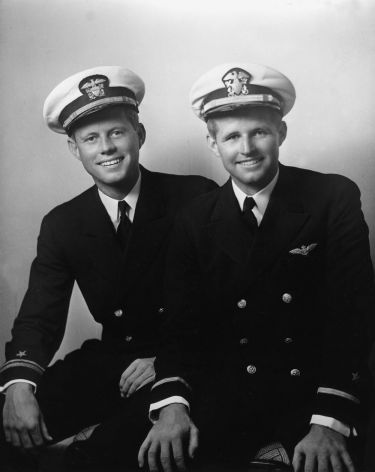